Stephanie’s career has been dedicated to ensuring young people have access to opportunities to help them succeed in life. During her twenty-two-year tenure at the Philadelphia Youth Network (PYN), Stephanie held a variety of positions, and she was instrumental in the organization’s ability to serve over 200,000 young people since its inception in 1999. Since 2014, she was the Executive Vice President where she led the organization’s programmatic and external relations efforts. Stephanie has built a record of success as an accomplished leader, fundraiser, team builder, and collaborator.

Stephanie received a Bachelor of Arts in Criminal Justice from LaSalle University, a Master of Science Degree in Administration from West Chester University, and a certificate in Non-Profit Leadership from Bryn Mawr. She has also been named a Connector by Leadership Philadelphia. Born and raised in Philadelphia, she continues to enjoy the many benefits of city living with her husband and daughter. 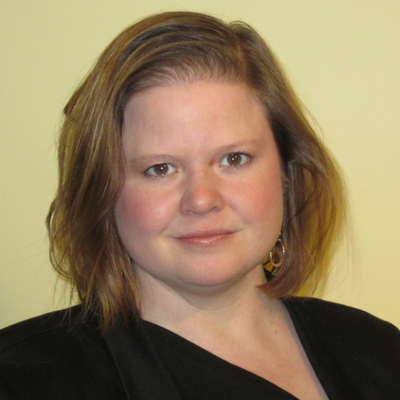 Laura has been a staff member of Junior Achievement for eighteen years and holds her B.S. in Psychology from the University of Maryland College Park. Following her experience as the Assistant Director of Community Development at the Bethesda-Chevy Chase YMCA where she played a key role in individual fundraising and special events, Laura joined the JA Worldwide network as the Development Manager of JA of Greater Washington in 2003 and moved into the Montgomery County District Director position in fall 2006. Laura’s responsibilities included program implementation, operations, and educational and strategic partnerships. Since joining the JA Southeastern PA team, Laura has had a variety of roles from grant writing and special events to strategic partnerships, program development and strategy.

Laura resides in Springfield, PA with her husband and two sons.

Why JA?
"Every day at Junior Achievement I see the power of connection making a difference in the lives of young people. It is our passionate volunteers that help students to realize their potential - empowering them to achieve and giving them the tools to succeed! Students are curious about the real world outside of school - JA brings #adulting to life!"

Joy is responsible for relational resource generation - financial and volunteer support from business partners, community partners, and individuals - to further the mission of JA. She also manages events and communications for the organization. Joy enjoys connecting with others and sharing JA's impact.

Over the course of her 6.5 years with JA, Joy has worked in the NJ, DE, and Philadelphia offices occupying both program and development roles. She has a bachelor's degree from Stockton University, where she majored in Business Administration with a speciality focus in Hospitality Management. She lives in Northwest Philly with her husband and two cats.

Why JA?
"I'm passionate about helping young people reach their full potential and love witnessing their 'a-ha' moments! At JA, we aren't just inspiring students' tomorrows and connecting the classroom to the real world but we are helping our communities grow. We are strengthing the relationship between schools and the business world, helping to create a generation of students that are financially capable, work ready, entrepreneurially minded and confident about their future!"

Ann is responsible for bookkeeping, accounts payable and receivable, financial reporting and other office duties.

Before coming to JA, Ann had a successful career in managing small businesses and their staff. Ann graduated from Rosemont College with a Bachelor of Science in Business Management. She lives in Downingtown, PA with her husband and four children.

Why JA?
"As a parent, I understand that education is the foundation for a child's future development and is the road to their future success in life. I think it is really great that the programs created by JA teach children at a young age about financial literacy, entrepreneurship and work readiness."

Select a button below to see how you or your organization can get involved with Junior Achievement of Southeastern Pennsylvania.

We use cookies to provide you a personalized experience. How we do this is by analyzing user behavior on our site and sharing data with our advertising and analytics partners. You consent to our cookie policy if you continue to use this website.